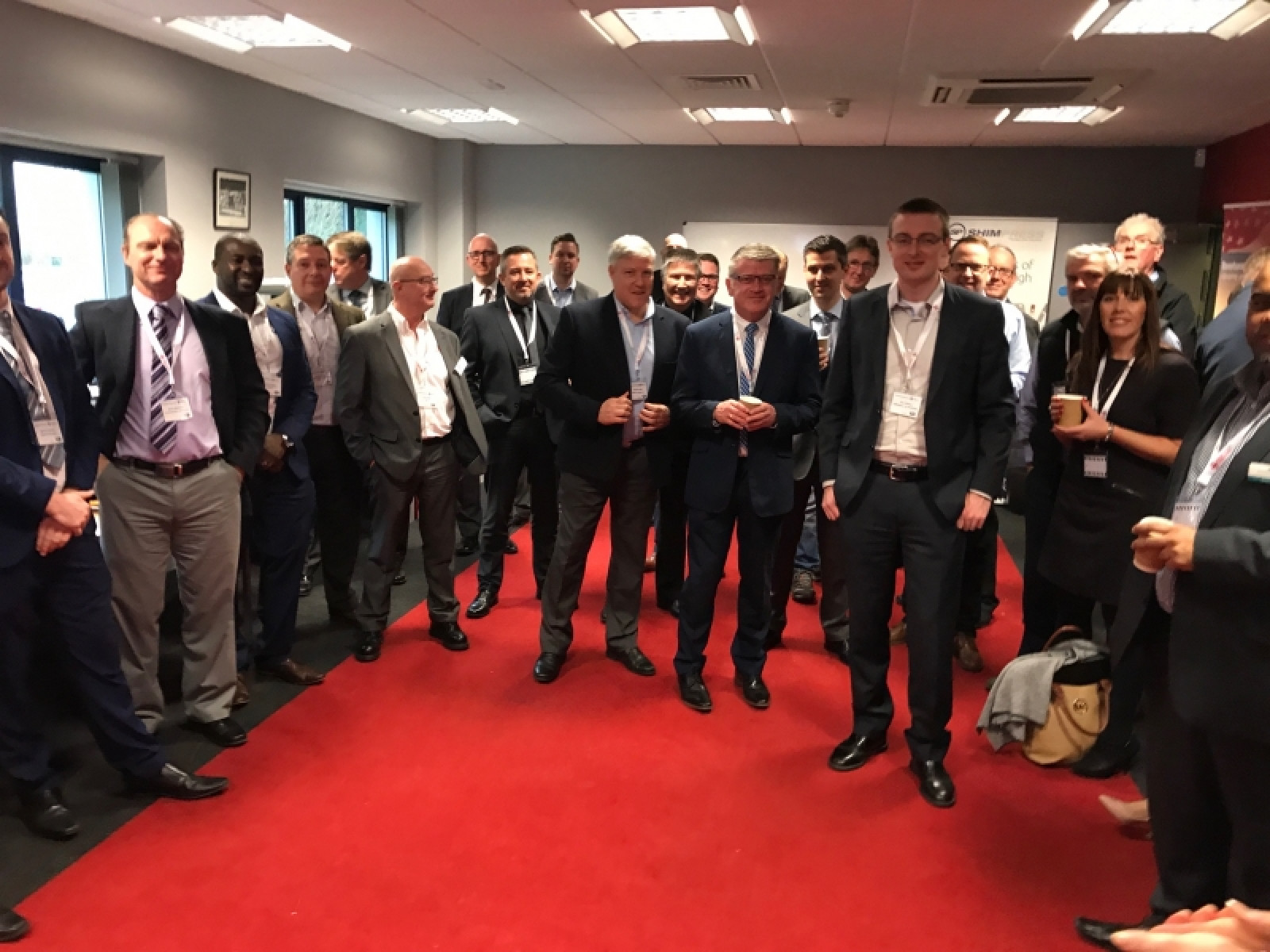 The latest Made in the Midlands breakfast event was hosted by Boneham & Turner at their premises in Sutton-in-Ashfield, Nottinghamshire.

Boneham & Turner Ltd are a leading manufacturer and supplier of tooling components and precision engineered components in the UK. The company pride themselves on reacting to customer requirements, maintaining imperial and metric stocks of over 350,000 Jig and Drill Bushes and over 1.3million Dowel Pins as one of the UKs largest stockist of the aforementioned products.

Boneham & Turners event attracted over 55 representatives of the Midlands manufacturing community to eclipse their attendance record last year, as Managing Director, Charles Boneham stated: I think it's been very successful, it was a good turnout, as we had a higher number than last time. A lot of people from manufacturing companies have seemed very interested, so it was a good networking event and everybody enjoyed it.

For over 94 years, Boneham & Turners reputation for quality and excellence has long been established, its the core of the company's very existence, enabling it to provide engineering solutions to a wide variety of customers, both large and small across aerospace, automotive, auto-sport, power generation, MOD and machine building.

Made in the Midlands breakfast events aim to facilitate networking and business opportunities between MDs and CEOs of local manufacturing companies, as Charles added: I think networking is really important. I think in the UK, not enough companies go out and talk to each other. The UK misses out a lot because we dont do enough networking. We dont go out and get to know each other. I think it's really important, as business is all about communication.

Overseas, Boneham & Turner's reputation has become well known and the Companys products are being used in most, if not all Continents of the world. A subsidiary company in the USA, Boneham Metal Products has distributors across all states, operating out of New Jersey.

Charles has previously appeared on BBC Radio 5 Live to discuss Donald Trump being announced as the President of the United States, due to their contacts within their subsidiary company and most recently to also discuss Brexit. Our next breakfast event will take place at Carrs Tool Steels in Tipton, West Midlands. Carrs is a business with comprehensive range of tool steel and high strength aluminium alloy includes recently introduced grades, developed by some of the worlds leading steelmakers.

Boneham & Turner are one of a limited selection of members that have now hosted two breakfast events, so Charles suggested: I would advise future hosts to not worry about it too much. The event will take care of itself, people will turn up and enjoy networking. The key thing is to do a short presentation and not to worry and let people enjoy networking.

If you are interested in hosting a breakfast event of your own, please contact our Group Events Manager Iwona at: [email protected] and to register your exhibition ticket, please visit this link.