Boneham report optimism on Trump from US manufacturers 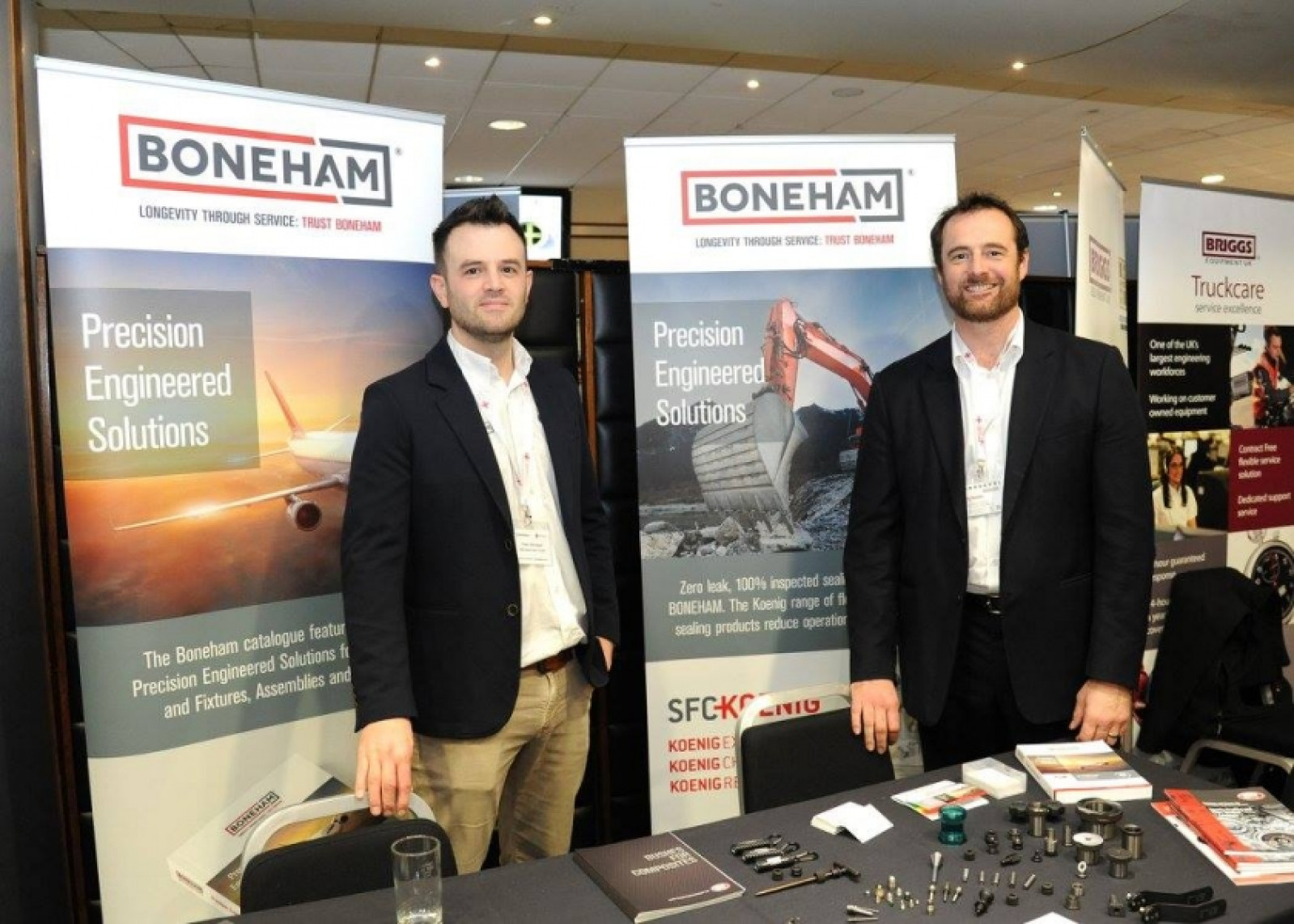 Boneham & Turner Ltd, have received optimistic responses from their customer base in the USA. The manufacturing industries in the USA are feeling positive and set to thrive on the eve of the US president elects inauguration.

Boneham & Turner Ltd has been supplying Drill Bushes, dowel Pins and other engineered parts into the US Aerospace and Automotive markets through its subsidiary Boneham Metal Products Inc., in New Jersey since the early 1970s.

The Boneham Group of companies have established good, long standing business relationships across the USA, and since the result of the election, business partners and friends in the US have given us their view on the election:

Mat Curry, California, who supplies a wide range of cutting tools into the manufacturing industries in California, with customers such as SpaceX and ADI (Aerospace Dynamics International) told us: When the UK left the European Union I knew it was time for a change here in the US as well. A lot of people did not think Trump had a chance mostly because of our Liberal Media. Just like the good old days, what the UK does the US is not far behind.

"The US manufacturing segment is elated with Trump at the helm. The mood is more positive then I have seen since the Reagan Era.  Make America Great Again! Trump can, and will do it.  Here in the US we are very emotional people when it comes to our economy.  The emotion is positive jobs are being saved from Mexico, China, and others.  It is time for the UK and US to join forces on a greater level. Keep jobs in our countries and start looking at the world economy to benefit all of us.

Mick Cheff, President of Rocky Mountain Twist, in Ronan Montana, which employs over 200 people and specialises in the manufacture of high performance drills and cutting tools for the Aerospace industry, told us he voted for Trump Because the number of people in the workforce in the USA is less than 8 years ago, the median household income is less than 8 years ago, the regulations being pushed on manufacturing in this country is killing us, the Affordable care act has driven medical and insurance costs up by double or greater, and we want stronger borders protecting our way of life.

He (Trump) has already started by getting rid of many of the mundane regulations stifling growth and driving cost up.  He also is actively pushing to keep jobs here in the US that will give our economy a boost and create more tax paying Americans.

When asked how he felt about trading with other western countries such as the UK, Mick replied: "If he (Trump) can get China to quit devaluing their money and start playing on a fairer field we will be able to be competitive to trade with each other, and not be forced to look at low cost from China.

David Browne, who is the President of a manufacturers representative company who supplies a range of tooling components into the manufacturing industries around Ohio, Pennsylvania and Kentucky said; First and foremost, I voted for Trump because I felt our government needed change; career politicians have been running our country for way too long. I was ready for a business man to give it a try (much like we elected hundreds of years ago) Already, I feel the mood of business has improved.

"I believe a Trump presidency will encourage manufacturing in our territory to start spending money on capital expenses like new machinery. If he can work with our Congress to lower the corporate tax rates that will encourage even more investment.

"If the perception of a Trump presidency is an expanding economy then manufacturing industries such as Aerospace, Automotive and Medical, will be more willing to spend money. I believe our Defence industries will also grow nicely under a President Trump; I believe he has a solid respect for a strong military.

"Improving our manufacturing base in this country can only help our trade relationships with the UK as well as the rest of Europe. I'm not so sure our trading partners in Asia will fare as well.

Chris Beavers, with his father, run a manufacturers representative company, covering the central states; including Kansas and Missouri, supplying a range of cutting tool and tooling components into the Aerospace industry; with the end users being Spirit, Cessna, Lear jet, and Beechcraft.

Chris voted for Donald Trump: "Because I want my child to have the same opportunities I've had in making a good living and providing for my family. Manufacturing has been such a vital component to our economy since WWII, it's what made America as strong as it is.

"A worker can make a much better living in manufacturing than he or she could in the service industry. I'm tired of watching my friends lose their jobs to Mexico and China. I've seen multiple automotive plants in Indiana leave for Mexico. For every manufacturing job you create, you also create 3 to 6 other jobs who support that facility, such as, suppliers and contractors.

"Donald Trump has made it a priority to create more manufacturing jobs in the United States and wants to do business with those countries who play by the same rules when it comes to regulations. Leaving the EU, for Britain, will help our trade relationship, it will allow for Britain to negotiate its own trade deals with other countries outside the EU. Trump has promoted such a deal with the US and Britain. It will also be good for manufacturing in both countries.

Dan Yerian is a manufacturers representative operating in Dallas and Texas. Dan supplies a range of cutting tools and engineered parts into the manufacturing industries in Texas. A lot of the parts that Dan supplies go into the Aerospace industry such as Lockheed Martin and the oil and gas industry.

I voted for Trump for a couple of reasons. First, America needs someone with business acumen to run the largest business in the world, the USA. There has been so much corruption and mishandling of our business that it is now time to get USA back on course. What better way than having a true businessman instead of career politicians that have no practical business sense! Just watch the next 100 days and you will see what I mean. I can't wait for his inauguration.

"He (Trump) will help my territory which is heavy in the Aerospace and Energy business. He is wanting to get our military strength back, which will obviously be good for all kinds of military spending. He is very pro Energy and that will only help with the depressed energy business we have now. The pipeline from Canada to Houston will be a boom in business.

"We don't have a lot of automotive business here other than assembly. Many other areas will benefit more than us. Trump is pro UK and as long as we all get along, I think that it will benefit UK as well as the USA. I believe it should be a bright future between our countries.

Whatever the opinion on the Trump presidency from outside the US, it certainly seems to have rejuvenated the optimism within the manufacturing sector. Where there is optimism and positivity, there is opportunity.

You can listen to the Managing Director of Boneham and Turner, Charles Boneham's opinion on Donald Trump on Radio 5 Live here: Charles Boneham
Chat with us!